Allan Padilla was one of the first people Encore Capital Group subsidiary Midland Credit Management (MCM) hired in Costa Rica. A computer engineer who taught English as a second language, he found a niche helping large information technology (IT) companies start operating in Costa Rica. That’s when MCM came along and this past year, together, Allan and MCM in Costa Rica celebrated their 10-year anniversary. 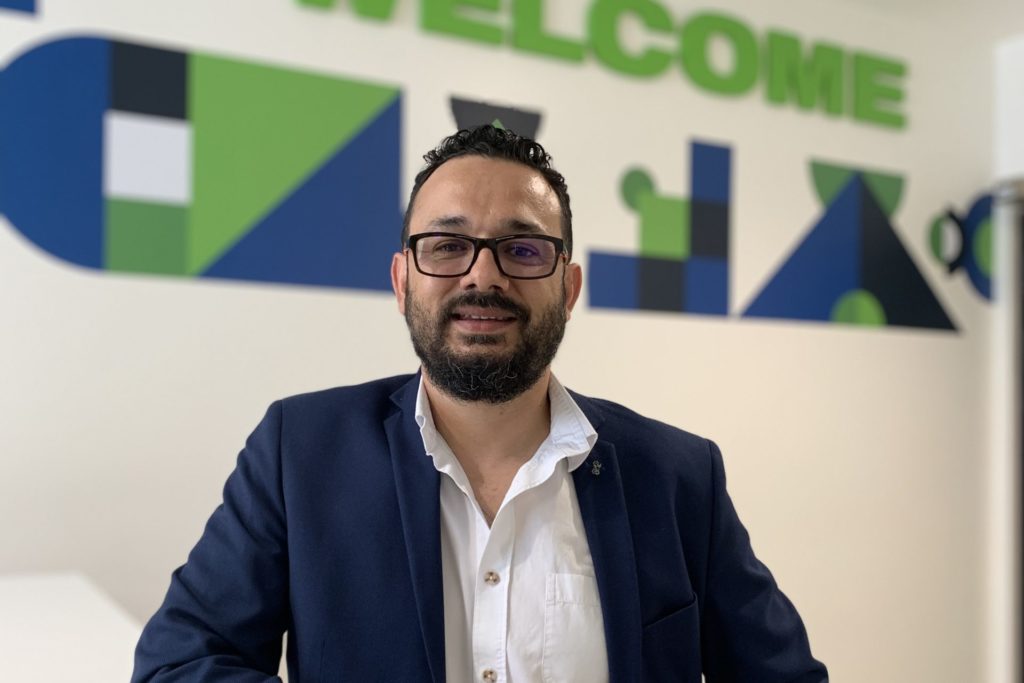 “I really liked the philosophy of the company and thought I could be a good fit,” Padilla said. “One thing I liked was that every person who was hired at that time came with a willingness to really make the Costa Rica office work, to make it something that was going to be valuable for the company. Ten years later, the only difference is a few faces, but the goal is still the same.”

MCM first opened its Costa Rica operation to help serve the Spanish-speaking consumers the company supports in the U.S. However, because everyone hired in the Costa Rica office is bilingual, Padilla said they also collaborate with and help support their English-speaking colleagues in the U.S., too.

“Another important role the Costa Rica team plays is having diverse talent in different fields,” he added. “A good example is that we started with just two IT desktop support employees. Just two people helping local teams. Throughout the years, we’ve grown to a team of 35 people, and only a couple of those colleagues are serving Costa Rica exclusively. The rest are helping with global initiatives. A big part of what we do is to hire talent here that can help the rest of the company with its global goals.”

Because the Costa Rica team was so small when Padilla first started, he said he quickly found ways beyond IT to contribute to the operation.

“I love to learn new stuff,” he said. “Facilities management was totally new to me, but it was a very natural process because we were a small company, easier to manage. We started to grow, and my knowledge was growing at the same time.”

That parallel growth inspired Padilla to keep learning and thinking about his long-term goals with the company.

“I enjoyed facilities operations from the beginning,” he said. “Part of what helped me achieve a wider role at the company was I said, ‘if I’m going to do this, I want to do it well. I’m going to learn. I’m going to gain the skills I need to do it.’”

Passion for what you do is also important, he added.

“I try to really do my best and enjoy what I’m doing,” he said. “Patience is also important. Most things can’t be achieved overnight. You need a process. You have to not only think about short-term goals, but ask yourself, ‘What do I want here at this company?’”

“Lastly I think you have to be constant and determined because sometimes things are not easy and don’t happen the way you want,” he said. “You just have to be determined and eventually things will go as planned.”

His determination, patience and passion paid off. Padilla went from managing IT and site services at one Costa Rica location to managing facilities teams at multiple sites across the U.S. and Costa Rica, including the team at Encore Capital Group’s Headquarters in San Diego. Most recently, the facilities team played a key role as the company prepared and equipped its sites to keep people safe from COVID-19.

“Enjoy what you do,” Padilla said in response to the advice he’d give others hoping to advance within the organization. “Be grateful. Respect others. Believe in yourself.”

January 24, 2023
Encore’s Global DEI Leader on Helping People Be Their Most Authentic Selves at Work

As an organization with more than 6,600 employees spanning nine countries and four continents, Encore Capital Group draws strength from…

December 20, 2022
Encore Connected Week: Giving Back By The Numbers

During our second annual Encore Connected Week in November, we took time to celebrate the Values that unite our company.…

Today, we released our 2021 Environmental, Social and Governance (ESG) Report, which brings to life Encore’s global efforts to advance…

November 17, 2022
Encore Connected Week: A Celebration of our Values

At Encore Capital Group, we live by our Values: we care; we find a better way; and we are inclusive…

One of Encore Capital Group’s core Values is to be inclusive and collaborative. That means embracing our differences and working…